Yet here I was again, loading up my backpack with a few pair of clothes and a hammock to add to the ever-growing city within our squad; a bit more packing savvy and a lot less worried with the thought of not having enough.

And I’d be lying if I said it wasn’t hard. Leaving this time brought a heaviness and a sadness beneath the excitement. The life I had come to love was about to change again and letting go felt a lot harder.

So I picked up my bags with my stuffed dog in tote and started the two day travel to Thailand on my 24th birthday; beginning a new adventure with a new squad to a familiar country and the same abundantly loving God. 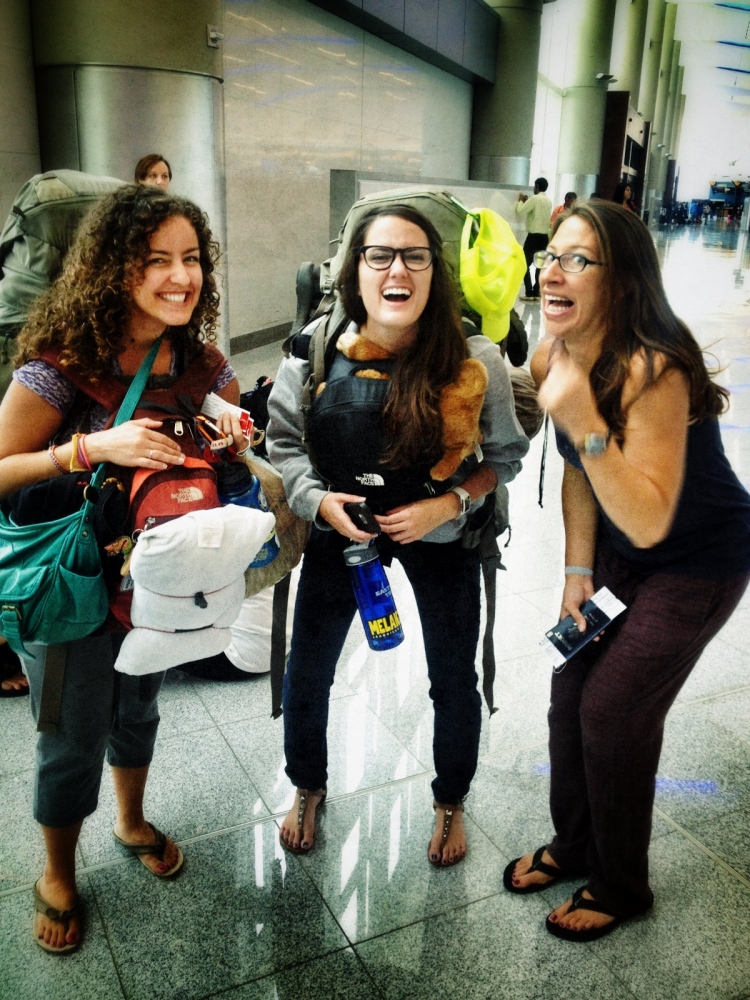 Even though I’m farther north this time around, residing in Chiang Mai, where the food is better and not nearly as expensive, the people are just as friendly and I’d dare say it’s same same but different in the “Land of Smiles,” regardless of where you are.

And that reality hit all too hard when I walked back down the streets lined with bars overflowing with girls too  covered in makeup, too welcoming in their dress and too young for the drinks they sold. Despite not ending my walk on the sandy beaches of Phuket, I still felt the same headache and carried the same sadness as this bar blurred with that one and smile after smile seemed as empty as the last.

With our squad piled into the meeting room, sitting quietly and full of thanks for the two air units blowing down on us, I sat on the floor in the back, resting against the wall and listening to them share their hearts and their stories.

It wasn’t until one of the women stood up and talked that He showed me.

She spoke of her prayer. How she flipped through the journal entries kept here at Zion Cafe after months and months of nights out in the bars. She spoke of how rain and redemption was a common theme throughout.

And that’s when it hit me.

He brought me back during the rainy season.

During a time when it rains literally every day, where we are constantly caught walking home only to arrive drenched, soaked and all too comparable to a wet dog without enough shake to get dry.

Yet there’s a joy and a hope that settles deep inside me with each drop that lands on my skin. There is a smile on my face and a peace within me each time I get to dance and twirl and lift my arms as it falls all around me.

Because He’s telling me He’s there. That He always has been. That even though I’m halfway across the country, with bars I never walked by and women I never smiled at, they are still His people and this is still His land. With each drop He tells me that He’s coming and that there is a hope.

He’s telling me that He heard my cries each night I paced back and forth, retracing my steps in the salty sand.

He’s telling me He isn’t a God who only thunders.

But one who reigns, in every way imaginable.

9 thoughts on “the redemption in rain”