It was already after three, our day off campus was quickly approaching an end and yet I couldn’t make myself move. We couldn’t be late and I knew that, but how could I pull myself off the cluttered porch when I was sitting at the feet of Bessy Lynn; the most beautiful 90 year old woman, sitting in a porch chair on what was supposed to be a typical Saturday afternoon. Her shaking hands were kept busy while she tried to fix and straighten her long blue skirt or push back the grey hair that was already pulled back in a ponytail. Her light blue eyes held the emotions of confusion, fear and apprehension to the unexplainable visit of six girls to her pre-Beverly hillbilly home. It was only her dog and rooster that seemed kept her company on this dead end back-country road and even the dog was unsure of how to act around so many strangers. 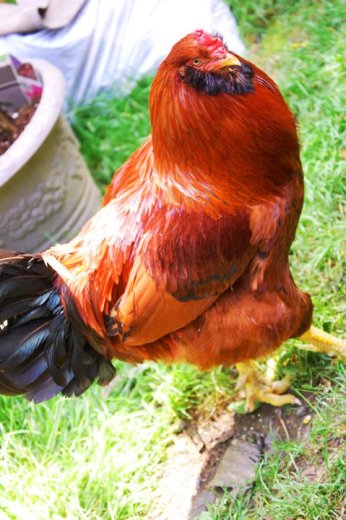 “This isn’t normal,” she seemed to say, her whole body tense with uneasiness and yet she couldn’t hide the excitement of having company. We surrounded her like a loved grandmother and listened to the stories she hadn’t had the opportunity to tell in years. The strength that she radiated was enough for us to look past the outdated and slightly baggy clothes, the wrinkled skin that didn’t seem to fit and the shock of how tiny and frail her body truly was. But her strength couldn’t completely hide the tears when she cried out to confess she wasn’t evil, that she wasn’t a mean person; that singing Amazing Grace would be too sad. She compared herself to Job; she’d lost everything and everyone, but she’d rather die than feel the hurt and pain that was now the only thing I could see in her eyes, she had so many questions that none of us could answer, so many “why’s” and yet those eyes shone; brighter and brighter with each confession and each new tear. It wasn’t until we had to pull ourselves away that they lost their sparkle. It was then that I witnessed a woman so full of loneliness that she was unable to say good-bye to random strangers break with the words; “I was thinking about just giving up, but then y’all showed up, so I guess I’ll just hang-in.”

And that’s when God broke me.

We thought we’d go to a nursing home and sing to the elderly, but God had other plans. He led us to a woman who needed us more than we’ll ever know. We though the GPS was wrong, we though we were in the middle of nowhere, that we were lost and that the road was just a dead end. We thought we might as well stop, turn around and head back right then.

We were so wrong.

We were right where we needed to be.

This is going to be my life for the next year. I will walk a path so paved by God’s love and direction that I will never truly understand how I made it from point A to point B. I’ll only know that I did and that I was blessed along the way. I may seem lost, it may seem like a technological malfunction, a misread on the map or a wrong turn. But I will be wrong and I will smile when I realize that God never let go of my hand, that He pointed me in the right direction to show His love to His children of all ages.

One thought on “look back: the truth was a dead end”